Nemesis Bird – “(noun) A bird that is highly sought after by an individual birder but despite repeated efforts to be seen, remains elusive and is not able to be added to the birder’s life list.” (From birding.about.com)

The Northern Pygmy Owl is the one owl that constantly evades me. In 2011 I almost had my first witness of one, this is right about the time I got into birding and was not really familiar with them. I was walking along the Lamar River in Yellowstone looking for bear tracks, when I heard what sounded like soft high pitched hoots, right off I realized it was some type of owl. I started looking around and at the same time pulled out my bird app on my phone to try and match the sound that I was hearing. Northern Pygmy Owl matched, I just had to work on finding it. I was getting closer and closer to the sound. Looking at the owls’ description on my app I knew I was looking for something small, it is often described as a Sparrow Owl. As I was getting close I turned to look towards the sound, and out of the corner of my eye I saw a small bird fly from a woodpecker hole. I watched it fly off for a few seconds and it was gone. Although I am 90% sure that it was a pygmy owl that I heard that day, there is no way to be sure.

Over the years I have friends show me their photos they have taken of this little elusive owl. Some they have sought out and found, others it was by pure luck that the stumbled upon it. Today I went out looking again, as I have a few times over the last couple years I heard one call for about 5 minutes, as I tried to move close it would become silent, not even a peep. 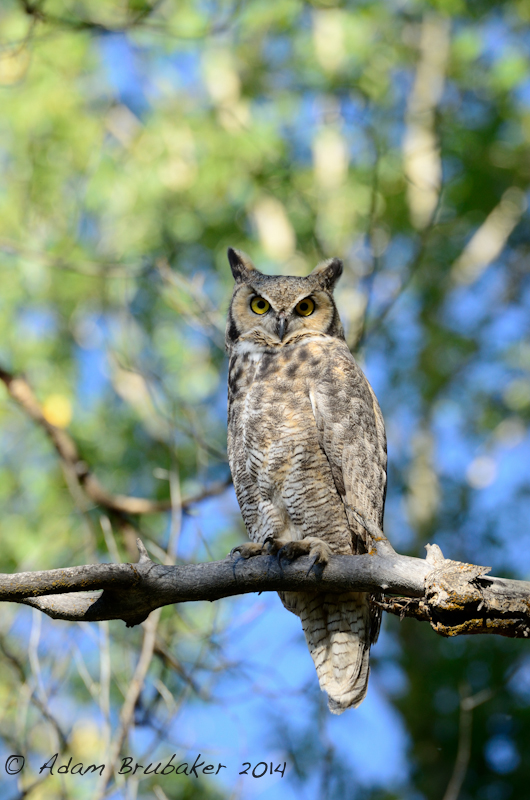 I have found my fair share of owls over the years; the Great Horned Owl is the most common owl throughout North America. The Great Horned Owl will be the typical owl that you may hear in your back yard hooting, or have seen or heard on T.V. 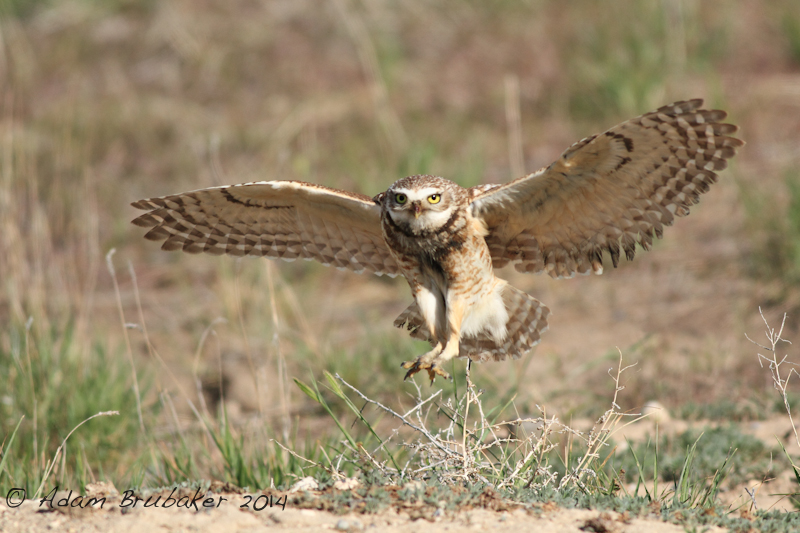 Burrowing Owls typically will be found in open areas, I must say that I have really never come across any of these on my own. The ones I have photographed are one that have been coming to the same burrows for years. 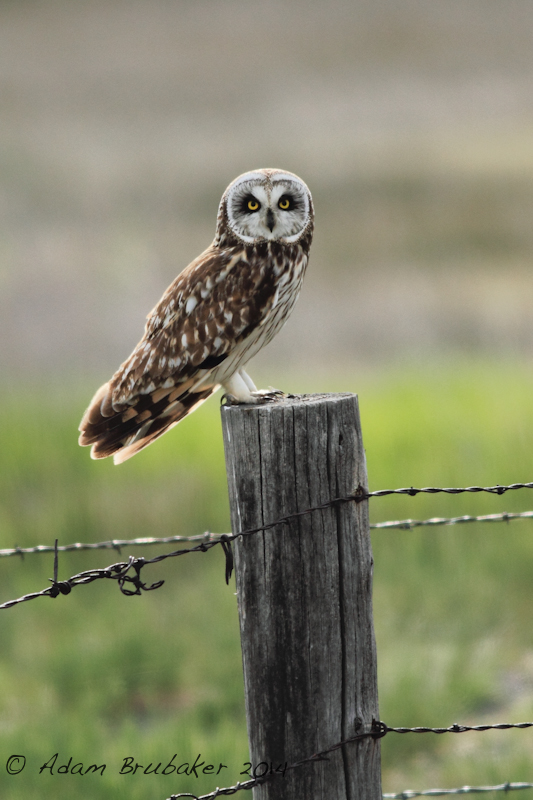 Short-eared Owls can be found in the same kind of areas as Burrowing Owls, they also make their nests on the ground. Driving in sage areas at dusk are a great time to see these owls. In East Idaho, the Red Road is a great place to find them. 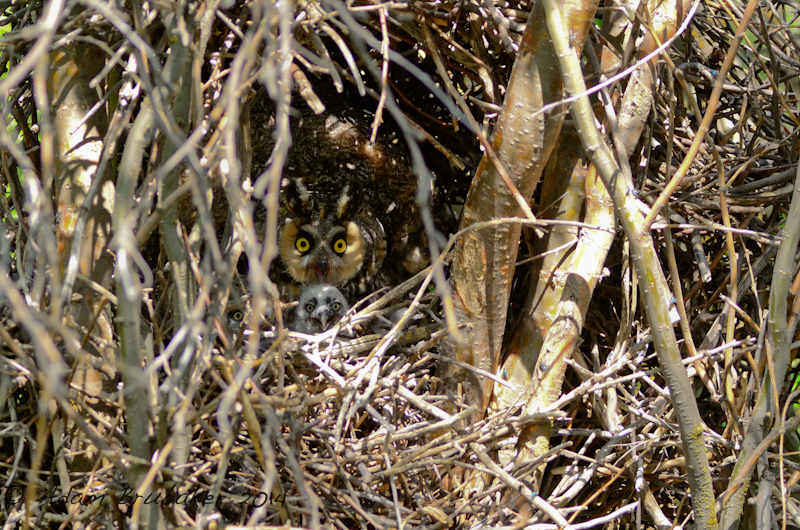 Long-eared Owls are typically found in thick brush and will make their nests in old Magpie nests or bird boxes. They become extremely hard to find because of how well they blend in, and how skinny they are. 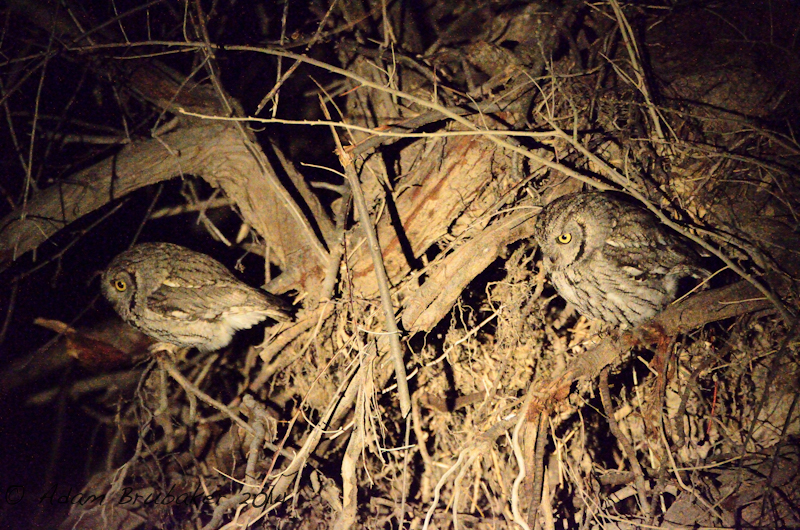 Western Screech Owl is probably one of the harder owls to find, they are typically found in areas with Cottonwood Trees and seem to be often found a sleep in holes which held a branch at one time.

These are a few of the owls that I have seen and photographed. I could add Great Gray Owl (watch for a post specifically on this owl), Northern Saw-whet Owl, and Barn Owl. I have heard but not see these three other owls Flammulated, Boreal, and Northern Pygmy Owl.  The first two I would like to see but I have not sought after like the Northern Pygmy Owl.

I hope to have a post dedicated to the Northern Pygmy Owl by March 2015, that gives me the winter to not only find but to photograph the one owl that constantly evades me. Of course when you are looking for one of the smallest owls in North America it is not easy to find.

Find more out about the Northern Pygmy Owl here until I can post about it here on my page.