I headed out on a long awaited trip this past Wednesday. I have been wanting to photograph Upper Mesa Falls outside of Ashton, Idaho in away that few if any have photographed it before. If you are not familiar with Mesa Falls it is worth taking a visit to the area and viewing the falls. You can find more information at this link!

Over the last few years I made several different attempts to photograph Upper Mesa Falls from a new vantage point, this resulted in some mediocre photos, yet it made for a great adventure. 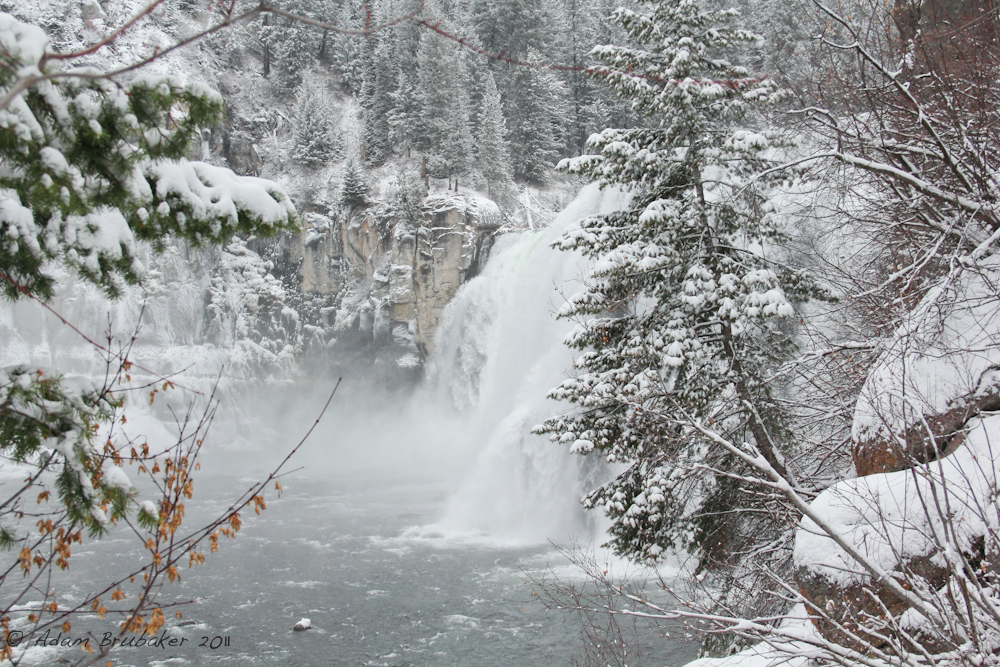 The above photo was my first attempt to photograph Upper Mesa Falls from a different vantage point. After climbing down a steep slippery slope, wandering up to a ledge, and then trying to climb, crawl, and otherwise make my way to a better vantage point, I remembered that I had a small family at home, and settled for this photo and the obstructed view. 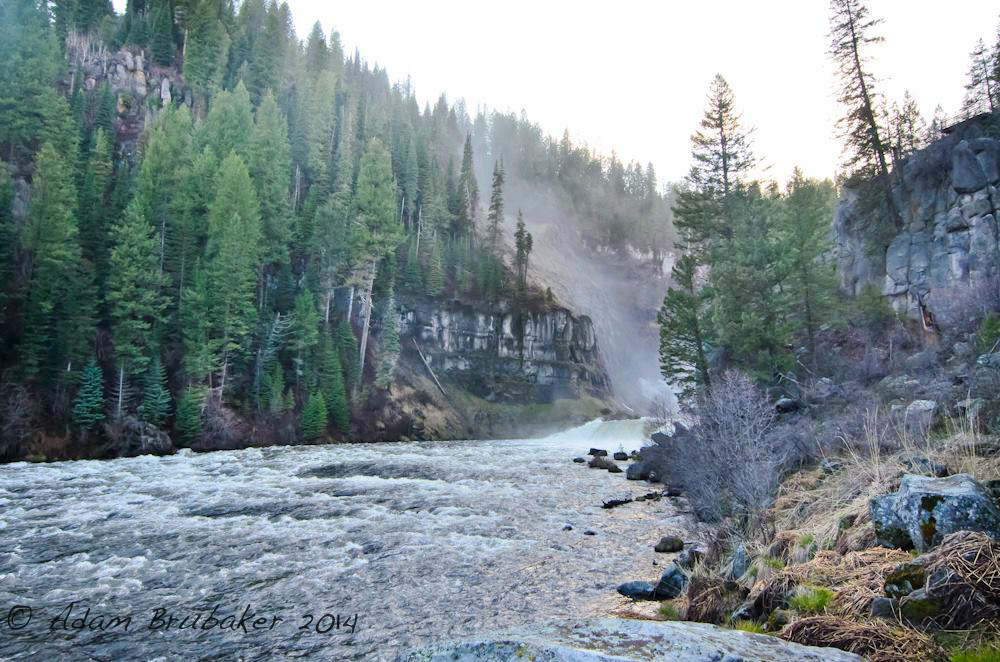 I was not satisfied with this photo a couple years later I started down the steep slope again, retried the ledge, and then climbed down to the rivers edge. Again I crawled, jumped, and maneuvered my way along the wet boulders along the river trying to see if I get a peek of the falls. All I was able to see was a sliver of the second portion of the falls as seen above. As it was getting dark, the sun had set, I decided it was time to make my way back along the river up the steep slope while I could still see.

At the end of my second attempt I decided two things, first, I need to actually wade out into the river if I wanted to get my photo. Second, I needed to bring someone else with me someone that could encourage me to be safe.. 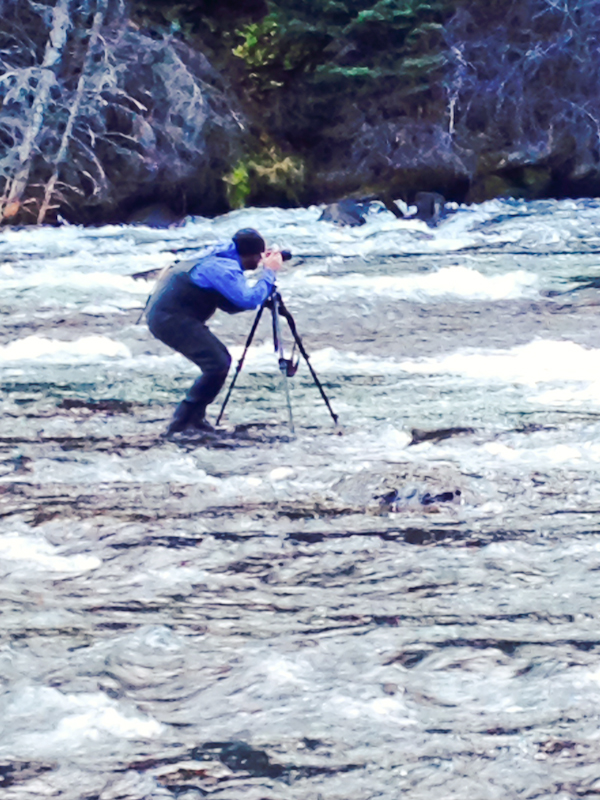 It was 5:30pm by the time my brother Eli and I made it down to the river, sunset would be close to 7pm. Being there that late was part of my plan. I did not want to worry about shadows caused by the sun setting over the canyon, and I wanted to be able to get a longer exposer to create a smooth water look. I came prepared this time. I had someone to go for help if I got too stupid and I brought a pair of waders (the waders would have fit a lot better when I first got them at the age of 16). The only obstacle I faced was finding the best place to wade into the water with out getting my camera wet, and without getting too deep.

It took two tries but I found a place to not only take the photo, but to set up my tripod. A large flat rock not only allowed me to securely place my tripod but to get myself in place to take the photo. It ended up being a success. The above image is more that what I had hoped for.  It was a little tricky getting out and back, the water is clear but with the limited light seeing where my foot was going was pretty tricky. I was able to use my tripod and a walking stick and support myself as I went.  I look forward to returning to this same area in the future, not only for photographing the falls at different times of the year, but  to continue to find new vantage points.