Adam loves living and working in the Greater Yellowstone Ecosystem. He has stories from his childhood of searching for grizzly bears and wolves on his many excursions to Yellowstone with his brothers. In 2011, he helped organize and start a local chapter of the National Audubon Society. During this time he has fallen in love with birds and can become quite distracted by them. Adam works as a naturalist guide in Yellowstone and has a great respect and love for the Greater Yellowstone Ecosystem. Adam resides in Island Park, Idaho with his wife and four sons. 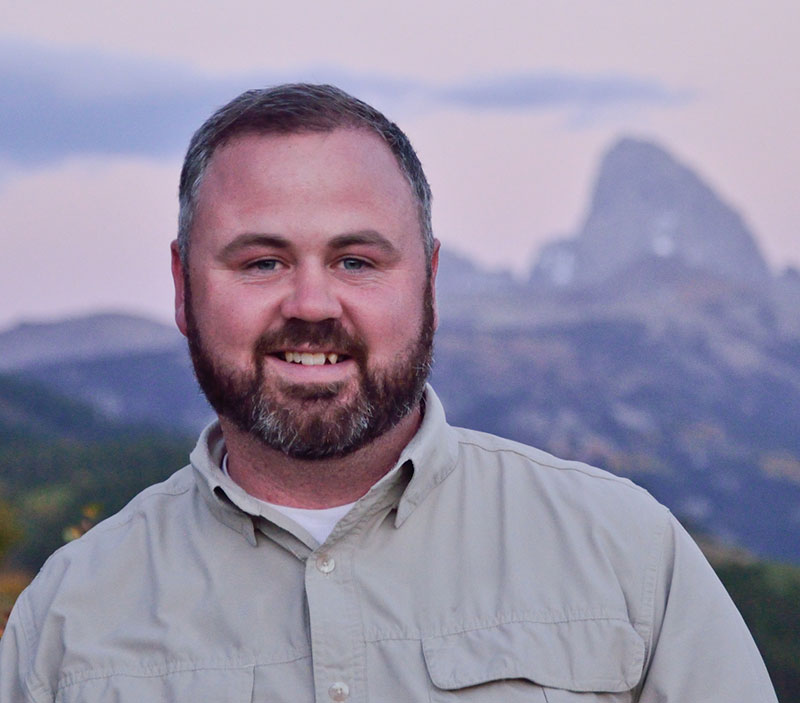 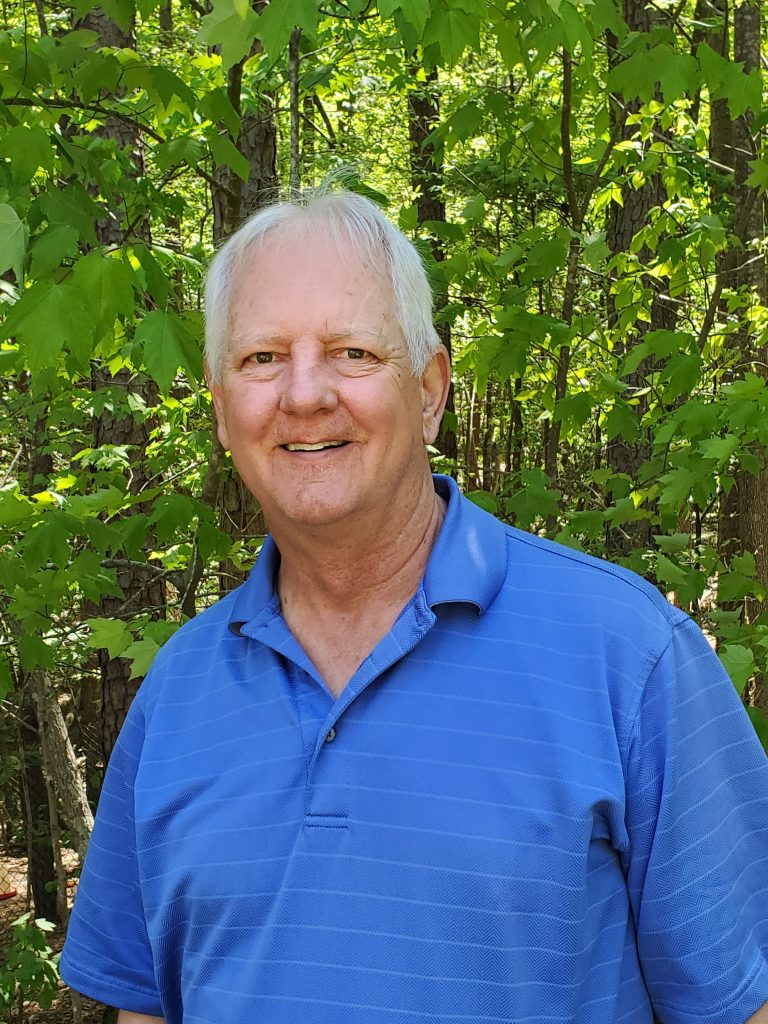 K.C. is a lifetime resident of Southeast Idaho. He was born in Idaho Falls, Idaho and raised in Blackfoot. He attended Utah State University where he earned a degree in Wildlife Management and the University of Utah where he earned a degree in Biology and his teaching credentials. K.C. taught science for 32 years in the Idaho Falls School District and 5 years in Sahuarita, Arizona before retiring from education. During his teaching years, he taught life sciences including Biology, Environmental Science, Earth Science and Field Science.

K.C. loves the outdoors and has spent a lifetime exploring the Greater Yellowstone Ecosystem and the Snake River Plain with his wife and four sons. He enjoys hunting, fishing, birding, hiking and camping in the beautiful and always surprising mountains and plains of the West. His motto when teaching high school science was, “The worst day in the field is better than the best day in the classroom.”

K.C. loves learning about the ecology and geology of the Greater Yellowstone area. He especially enjoys wildflowers, birds, volcanics and the effects of wildfire on natural landscapes. Some people enjoy the infinitely large – the galaxies and blackholes and the bigness of space. Some people enjoy the infinitely small – the nuclei and quarks and leptons. K.C. enjoys the things he can see and smell and touch and hear. He looks forward only as far as the next pile of coyote scat on the trail. To him, Yellowstone offers a unique opportunity to observe relationships in nature unspoiled by man and to observe animals behaving naturally and without interruption by man.

Scott is an experienced local guide that was born and raised just outside of Yellowstone National Park in Island Park, Idaho. He is passionate about nature and wildlife; spending countless hours watching bears, wolves, bison, birds and the diversity of other animals found throughout the park.  His particular love is sharing the natural wonders of this area with visitors and crafting fun and educational personal experiences involving Yellowstone wildlife, landscape, history and geology.

With a lifetime of experience hiking, backpacking and exploring Yellowstone, Scott is intimately familiar with every corner of the park and can introduce you to all the iconic sites and many lesser known but spectacular places.   Scott is also an avid fly fisher with deep knowledge of the rivers and lakes of the Greater Yellowstone Area and the fish that live in them.  When not in the field, he can usually be found wading in a remote stream or on a high-mountain lake searching for an elusive trout. 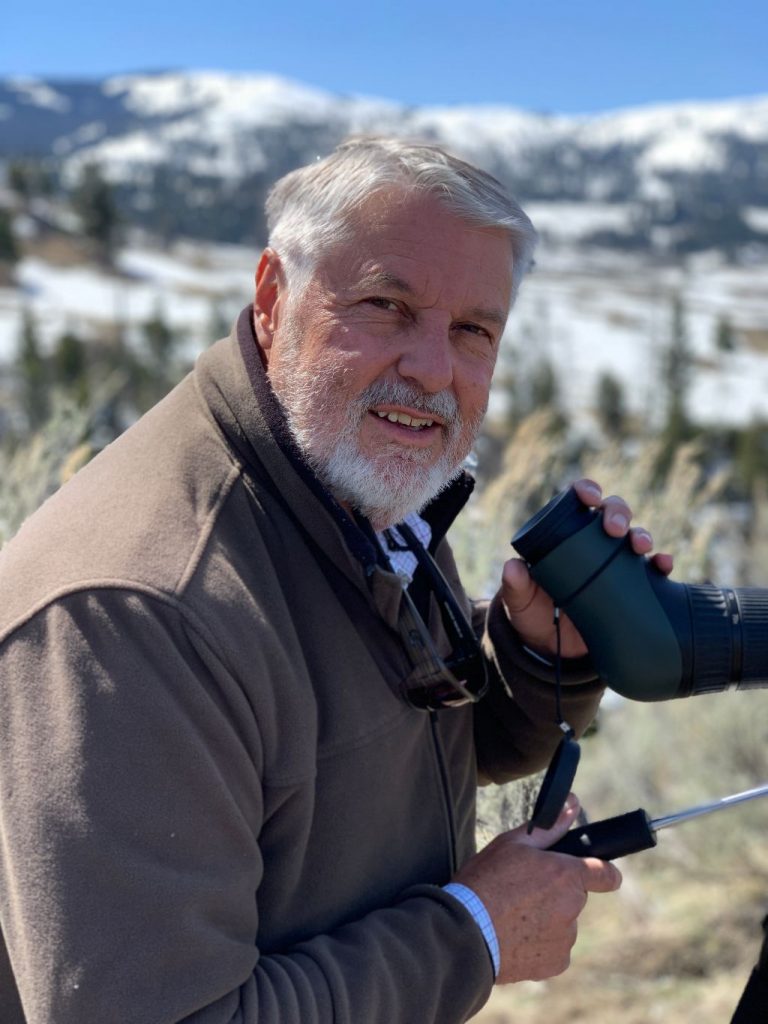 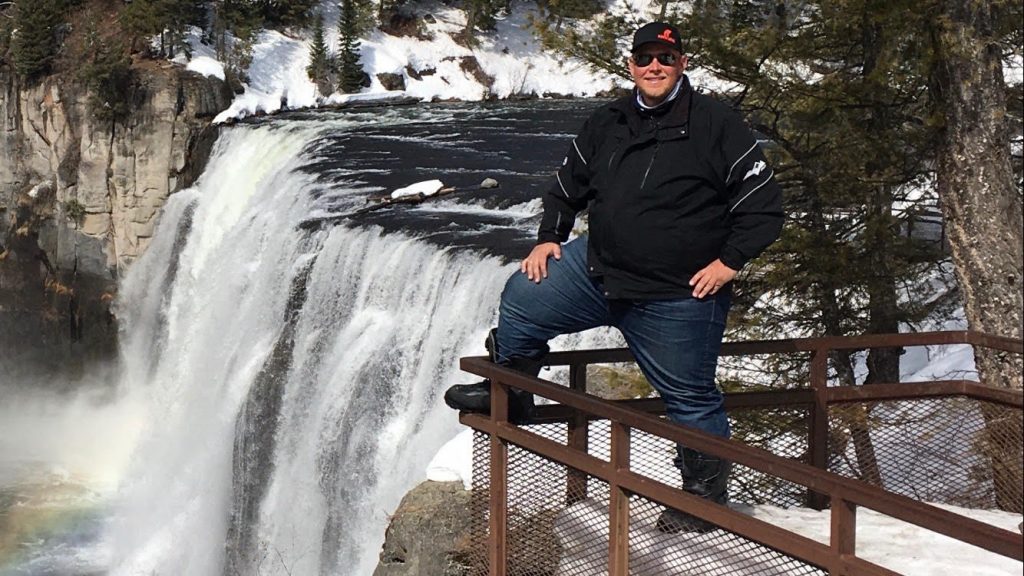 Jesse Thurgood is a year-round local Yellowstone guide based out of West Yellowstone, Montana.  In the winter he is a full-time snowmobile guide and snowcoach operator.  During the summer he spends most of his time inside Yellowstone either leading tours or just enjoying the park on his own.  Finding and photographing wildlife is one of his all-time joys.

Originally from Utah, then later Tennessee, Jesse fell in love with Yellowstone as a child.  His father was a musician in Yellowstone during the 1990s.  Jesse spent countless hours wandering the geyser basins with his mother and little sister while his dad would sing and play guitar in the Old Faithful Inn.  Those walks with his mother are what deepened Jesse’s love for the incredible geysers and hot springs of Yellowstone.

While studying music at Brigham Young University-Idaho, Jesse obtained his class A CDL and became an over-the-road truck driver.  After a year and a half of life on the road, Jesse took an opportunity to drive charter tours which brought him back to Yellowstone.  It was during this time when Jesse realized that he wanted to be a full-time guide.

Jesse loves the outdoors and spends every minute he can in the Greater Yellowstone Ecosystem.